* In case of any delay in receiving the OTP, you may verify it later. Please proceed without verification.

Enter your City name or Pincode

Bariwala a nagar panchayat town in Muktsar district of Punjab is famous for its lively culture and lifestyle. The lush green agricultural field reminds one of traditional Punjabi town with lot more to explore. The city is located around 14 km distance from its district head quarters - Muktsar and almost 230 km from the state capital - Chandigarh. The city has wide options of transportation, particularly the railways, which connect it to the major cities of the state. The region of Bariwala is surrounded by the cities like Faridkot (20 km), Kot Kapura (21 km) and Jaitu (26 km). In addition to its geographical location, it also has the proximity to the districts like Bathinda (51 km) and Firozepur (53 km). 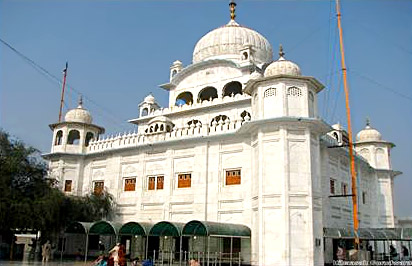 The Nagar Panchayat town of Bariwala has the total population of 8,668 in which 4604 are males while 4064 are females, according to the reports of Indian Census of 2011. There are 940 children in this town who are between the age group of 0-6 and thus their population constitutes around 10.84% of the total population of this town. Talking about the people of special categories, Bariwala does not have the population of Schedule Tribe (ST) people while the people from Schedule Caste (SC) category constitute 42.21% of the total population of the city. Furthermore, the reports of Indian Census 2011 reveal that the average literacy rate of Bariwala is 71.98% which is lower than the state average of 75.84%. Males in this city have the literacy rate of 77.37% while female literacy rate is 66.02%. In addition to its demographic data, there are more than 1615 houses in Bariwala city in which providing the basic amenities is the responsibility of Nagar Panchayat. It has the administration over 11 wards to which elections are conducted every 5 years. Of the total population of the city, there are 2933 people (2598 males and 335 females) are indulged in work or business activity, as per the reports released by 2011 Census.

Public utility services consist of essential and emergency services such as banking, safety & security, postal, healthcare and transportation. Each and every inhabitant of a city should have the right to utilize these services because they are the determining factors of basic living conditions. No city can ever exist without these facilities and so does Bariwala city of Punjab. The administration of the city has ensured efficient and sufficient public utility services for the smooth living as well as fulfilling different requirements of its residents. All these services in Bariwala city are explained below:

India Post has its branche in Bariwala of Muktsar district. The post office in this town enables the inhabitants of this region to enjoy various facilities including speed post, mailing, money orders and courier along with some monetary benefits like fixed deposits and monthly income schemes. At the given below lines, you will get the complete information about the post office in this city.

Inhabitants of Bariwala enjoys wholesome banking services. Whether opening an account or need a personal loan, the banks provide all such monetary benefits to the people. Several top nationalized and private banks have their branches at the varied locations of the city. In these banks, HDFC Bank, Punjab National Bank and State Bank of India are the most prominent ones. See below, the contact addresses, numbers and important codes of the various banks in Bariwala city, Muktsar:


Safety and Security in Bariwala

The most important thing to run a well-organized society is to provide safety to its residents. It is the responsibility of the Police Department of the city to enforce law and order in the city. In Bariwala city of Muktsar district in Punjab, there is a Police Station which owns the responsibility of providing as well as maintaining the safety and security to the residents of this city. Bariwala Police keeps an eye on the anti social elements of the area and ensures smooth functioning of the city along with keeping crime rate under control.

Local administration in Bariwala have made available few healthcare centers in the form of Primary Health Care centers where all kinds of treatments are provided to the patients. These centers are administered by the Health Department of Government of Punjab. Besides that, they are comprised of modern medical equipments and experienced medical team of doctors. Apart from that, few clinics, dispensaries and pharmaceutical shops are also placed in the region of Bariwala.

There are various ways of transportation are available to reach at Bariwala city of Punjab. Talking about the roadways, there are frequent services of state run buses and privately owned buses across the city connecting it to the major cities particularly the state capital - Chandigarh. There is roughly 6 hours driving distance from Chandigarh to Bariwala. But perhaps the best way to arrive at Bariwala is through railways because the city has located a railway station, which named as Bariwala Railway Station. This railway line not only connects Bariwala to the important places of Punjab but also to the cities of North India. Some of the major trains running through Bariwala Railway Station are Fazilka Kot Kapura DMU, Fazilka Bhatinda DMU and Rewari Fazilka Passenger. Apart from these transport options, the local transportation is also very favorable to the inhabitants of Bariwala.

Comments / Discussion Board - About Bariwala